A Few Notes about Huang Zan-Lun

Huang Zan-Lun has turned to collect abandoned computers, and he created his works by the circuit boards retrieved in them. His iGod and Arena series resemble the “future remains” at the end of the world, while the giant palanquin moving like robots looks down regally on everything – but it somehow appears to be more like a dinosaur or a magnificent spaceship flying out from movies. As for Eternal Flames, they can’t resemble ghosts in funerals more! Moving on from synthesised monsters, Huang’s putting all these fairly different works together in the same exhibition venue may surprise us; however, the venue radiated, and was haunted by, the topics all his works refer to – the incapability to tell fiction from reality, the irresistible fiction, and the fear for the absolutely real yet only imaginable thing – death.

The Road to the Hell: Huang Zan-Lun and His “Future Relics”

The contemporary art world criticises and implies the disasters brought about by industrialised civilisation through the use of mechanical devices employed as the mimicry and simulacrum of the environment, the ecological system and the future. This form of art has created a post-human-parable kind of expression, pointing out absurdity, vanity and destruction behind the myth of “the utopia of machines.” Among them, Taiwanese artists Huang Zan-Lun is one of the best. Over years he has created his works based on the context of post-human with a variety of approaches such as simulated materials, powered machines, assembled moulds, and imaging devices. Huang has created a world of “future relics”, consisting of man-made objects, industrial wastes, and various parts retrieved from used computers. He remains doubtful for the expanding, worldwide or even space-wide technological civilisations as well as the destruction they lead to. Through his works he attempts to examine the accompliceship hidden behind human desires.

Reflecting on the Status of Humans from the Aestheticism of Hybrids – Revisiting Huang Zan-Lun’s Art, His Approaches, and Strategies

For a long time, Huang Zan-Lun’s works possess a unique quality in Taiwan’s contemporary art history. His use of “body”, “imagery of body”, “hybrid body”, and “technological body” reflect his important status in the contemporary art sector as they reveal the artist’s assumption and criticism on future society and discuss the future imagery of human bodies. For more than a decade, Huang has applied the hybrid aestheticism to create his art, depicting all kinds of strange hybrids, showcasing the robots resembling humans’ image, and sharing his deep understanding and insight into modern technology and media culture. His mixed media works are critical reflection on human society – through poetic and aesthetic expression, they connote an air of melancholy evoked by the scenes at the end of the world and warn people of nature’s power to bite back.

Technology is so animated. However, strikingly enough, I fail to identify the authenticity of images as the current imaging techniques are so advanced. Without the need of bulky machines, without the need of human operation, images are naturally formed through digital rendering based on the given instructions, presenting a super real scene in front of us. The monsters never showing up in real life vividly destroy tall buildings thanks to digital rendering. The robots standing for justice destroy iconic evil roles. The screen radiating light and bringing imagination more real than the reality depict all kinds of possibilities that do not exist in the current world. The fancy of the future, the rebirth of the past, both of which are fully revealed, and they create a mutual value at this moment.

Through optics and the juxtaposition of 3D images, it is easy to cheat people as we only possess limited visual experiences and can’t picture the dimensions that are not in existence. But it is also true that the audiences no longer need to wonder whether a scene is real or not despite of its absence in the physical world. I follow the screenplay and fool my own vision, so that I don’t question the authenticity of the virtual images anymore.

Nevertheless, when images disappear and the screen turned off, do we still know what just happened? The monsters and the juxtaposition of humans and robots seem to fall and disappear as the light turned off, while the characters and stories as well as the persistence of vision remain in our head, and they may be the only thing left. Ironically – if we must explore the truth – we figure that the characters perform too hard in front of the giant blue screen as if they do encounter a fierce enemy, but how about the giant monsters? And the ruined architecture? They defeat these human actors so easily even without any weights and forms.

On the contrary, when imaging technology hasn’t turned mature, all the humans, machines, imaginative monsters have no choice but to be transformed into physical objects – the puppets with humble clothing or the mechanical devices with only partial features of the characters. They live in the world in blunt and heavy forms, surrounded by sarcastic devices that trigger explosion. All the details appear to be full of flaws when examined by modern technology, and so are the primitive and clumsy realisation of the imaginative subjects. In spite of the imperfect status, the subjects activate the audiences’ imagination systems so that they can fill up the gap by themselves. The audiences picture their own reality in a way similar to the Gestalt psychology. In other words, wherever images are gone, the current screenplays always prompt me to wonder where their real coordinates are so that I can pretend that I coexist with them. It is like the monsters, the machines, and the robots are still there at certain coordinates on the world map even after the end of the story – perhaps packed in some bubble wraps covered by ashes, lying in a producer’s storage so messily as if they are trash, sometimes looking out and sometimes hidden, and waiting for some more shows featuring themselves, while that may never happen again. However, they do exist in a certain place even though they are broken and damaged now.

The former ones are based on digital hallucination with their forms epitomised as codes and packaged in mm-scaled electronic devices – a tiny, beautiful, yet dangerous world. As for the latter ones, they are bulky, immobile, and they occupy a huge space in the physical world – an accessible space. While one of the world is an unreachable utopia, another one is the remains of human imagination. Yet, both of them share the same destiny. They are dumped by the current storyline and not getting dominated by the plots any longer. In other words, when David leaves the AI story behind and is no longer David, it turns into the human-like robot again. When the Monkey Sun Wukong is no longer trapped by the storyline of The Journey to the West, he becomes the hybrid of human and money again. Therefore, I started to picture an endless world accommodating these characters. It may be a world without any origins, or a world without an end.

When a perfect prop no longer belongs to the scenes set up for it and lives in the external world on its own, will it become a new subject or an unrecognised object despite of its authentic existence in the world?

Leaving the magnificent scenes behind and walking out from a story customised for it, the hybrid of human and machine no longer enjoys the credibility made by images or texts. Now that it loses its best stage, it no longer possesses the evidence proving how it comes to and leaves the world. The interpretation of this subject, in our mutual experience, is no longer based on the various plots or its inherited identity. Without any identity, it’s just a prop with no background story. Will this perfect puppet inspire the audiences to think deeper into its identity in the reality?

Take Frankenstein, the English author Mary Shelly’s book published in 1818, for example. If the monster wasn’t created by Frankenstein and it didn’t exist in Switzerland in 1880s, people would have no clues about his origin. It would just be there in front of us. In the face of such a huge creature, a strange puppet, I must activate more imaginative systems to justify its identity and coexist with it. Is it someone who has experienced critical events, so he must transform himself into other thing in order to survive? Is it a product of the advanced technology, and it was created for serving human-beings? Based on such fancies, my focus turns to hybrids and AI again and again.

However, in such a world fundamentally led by science, what will be created in the future or what has been created in an unknown field seems to speed up their own development and catch the prophecy made by images and texts. Nowadays, one single year of research and development equals to fifty years of research in the past. Replicating a creature is no longer a sci-fi story, and AI continues to develop in the current world as well.

Dolly the cloned sheep was born in 2001. After a decade, this is no longer a horrifying story. In 2006, British scientists successfully created a hybrid cell mixing more than two genes and transferred human organs onto another animal’s body – they made a healthy lab mouse carry a human ear to live its life. AI is no longer a high-tech fantasy. The robot Asimo, developed by Japanese team during 2008 to 2012, is now commoditised and walked into people’s daily life.

Today, these kinds of news are no longer strange or rare. Mythology seems to be reasonable as well. The future technology is only one step away from us. Therefore, I found my ground focusing on hybrids and robots, initialising a series of procedures to create the human-like machines with no background stories and scenic stages.

Maybe the perfect human is just a puppet without a soul. 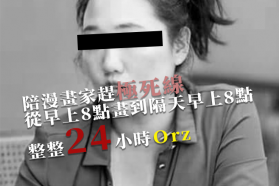